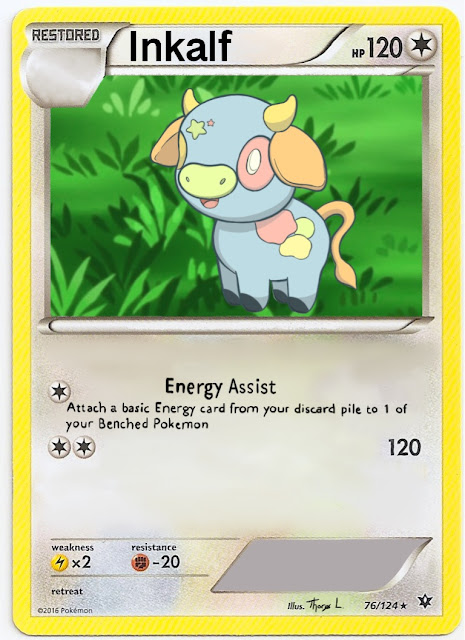 It occurred to me during the height of the Legamon hype on Phlox’s GLoG server that it would (could, should) be fun to play a Legamon variety of the Mystery Dungeon series.

It then occurred to me that I would probably have to create it (alas, I could not find it in myself to try to press-gang Phlox into doing so, especially since he’s never played a Mystery Dungeon game, I believe), if I ever wanted to play it.

And so here we are, about a week and a half into my process of building out this game, which has me experiencing the usual swings between a manic state of “I can create whatever I want, however I want, and do it exactly how I PREFER” productivity and the more depressing “I bit off more than I could chew in a confusing way, hm?” side. But that is process! It’s the same process I use for all my creative endeavors, I just feel like I should complain about it this time.

So far, I have most of the basic outline of the game. Literal outline format, difficult to read and ugly as all heck. Due to this being Legamon Mystery Dungeon (WHAT. THE FUCK. IS A POKÉMON), I have opted for a heavier emphasis on items and a more... traditional (?) GLoG-esque character creation style, at least compared to the usual Mystery Dungeon video game. There is always something tricky about the thought-process of switching something from video game mechanics to table-top RPGs, even before making any actual rules to go off of.

This might be pretty obvious, but video games are, you know, programmed, so they can do all the math of an encounter very quickly, whereas we humans usually have to turn to that one person in the party that can actually keep all this shit straight before we can continue. This means that an encounter in the Mystery Dungeon games that is quick and easy becomes a draining and worthless roll of the dice to deal with in a table-top version.

In all seriousness, an encounter in a table-top game should add something to the game you’re playing, because in a table-top game, you spend more energy and mind power doing something simple than the equivalent in a video game or other media type. That’s the nature of it, and the fun of it, if I’m honest with myself!

But it does need to add something, either in mechanical rule-based interest, or in character interaction or in plot development or something like that. Who am I to tell you what you find to be a worth-while use of your energy? You get to decide that for yourselves.

So when I decide it for myself, I must be truthful that rolling a single dice, coming to the conclusion that I have knocked out the attacking Legamon, and not getting anything from it, either in or out of game.... not useful. It shall not stand, not in this game system. Things can be boring, but they cannot be useless, according to my personal, highly developed morals on the matter.

And so I am left trying to figure out how to add interest to a tangental translation of a game that exists in a fairly different medium than the one I am creating.

It... it is fun, though, I won’t lie. Does anyone have ideas of how to generate dungeons at various difficulty and size tiers? I have a few ideas, but none that I’ve really felt enthusiastic about. I am working on creating a number of example dungeons but part of the fun is going into a place multiple times and getting different layout and item generation than before. There will be less levels than in traditional Mystery Dungeon, as I think the more important bits are encounters and playing as a Legamon.

In any case, stay tuned for more updates if you’re interested, and assuming that I also, you know, stay interested and don’t go wandering off on a tangent of my own life.

Here’s what I have so far for character creation. It’s not everything and it’s clearly not done yet, but we’re getting there. If you like, let me know what you think. Or don’t, I don’t mind.

(I don’t have the move effects written down yet, sorry. Make up your own ideas for now)

Popular posts from this blog

September 30, 2020
Welcome to the Vain the Sword character generator, which will help you come up with characters of all the possible races, with looks customized to the specific race, as well as a quirk or additional character detail.       I will be adding to the generator, so if you have any suggestions, please let me know!      Made with the amazing Spwack 's List to HTML Generator , which made a very large project into something that only took me a few evenings. Learn about the races, peoples, and setting of the GLoGhack  Vain the Sword  created by the marvelous Phlox
4 comments
Read more

A Compendium of the Peoples of the World: Locusts

September 26, 2020
A Vain the Sword Addendum (GLoGhack by Phlox ) Intelligent Peoples (of Holy Selmat and Beyond): Kaf-Tsadhi Humans Golems Gnolls Orcs Locusts Serset Hobbits Elves Eulogy Gnomes, Fae and Related Peoples Pre-Skeletons Talking Animals                   Locusts: Also called “the Wing’ed” in some areas. Large, bipedal insects with two legs, two arms, two wings capable of short bursts of flight, and a chitinous exoskeleton. Locusts come in a variety of hues and shades of colour, and many have extraordinary patterns that develop through their adult life, reflecting their place in their life-cycle and their overall health. Notably, these people are long-lived, 600 or more years, and spend much of their lives in hibernation underground - though it varies from locust to locust, most remain awake for around a year, before hibernating for another seven years.      Unlike many other species of people, locust females are generally larger (sometimes more than a foot taller than males), have la
Post a Comment
Read more